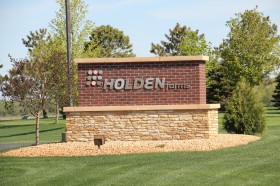 Now in its fifth generation, Holden Farms continues to be led by members of the immediate Holden family.

The leadership team includes brothers Barry Holden and Kent Holden who provide strategic direction and oversight for the company, and help to manage growth efforts. Kent’s sons Nick, Nate and Tyler, along with Barry’s son Blake, represent the fifth generation of the family to be involved in the company.

We recognize that the greatest key to our success has been the high caliber of our employees and contract partners.” — Tyler Holden